Candlelight Lodge in Thredbo, Australia, is a centrally located ski lodge, with easy access to all resort facilities and beautiful views of the mountain ski slopes. A warm and friendly European atmosphere greets you on arrival to your accommodation at Candlelight.

All lodge rooms have beautiful views of the mountain and ski slopes. Most also have balconies. The rooms are spacious and comfortable with private ensuite, small fridge, TV, DVD players, telephone, tea and coffee making facilities. Our family rooms consist of two rooms.

Watch the snow fall on Thredbo’s runs and plan your day’s skiing from your breakfast table in the morning. On Winter’s evenings you can swap skiing stories and relax by the open fireplace in the lounge and bar area, and enjoy dinner in the restaurant.

Other facilities include in-house massage therapist, sauna, WiFi, guest laundry and ski/bike room. For the kids there are board games and DVDs. Candlelight Lodge is centrally located, so you will have easy access from your accommodation to all Thredbo facilities for your skiing or hiking holiday. 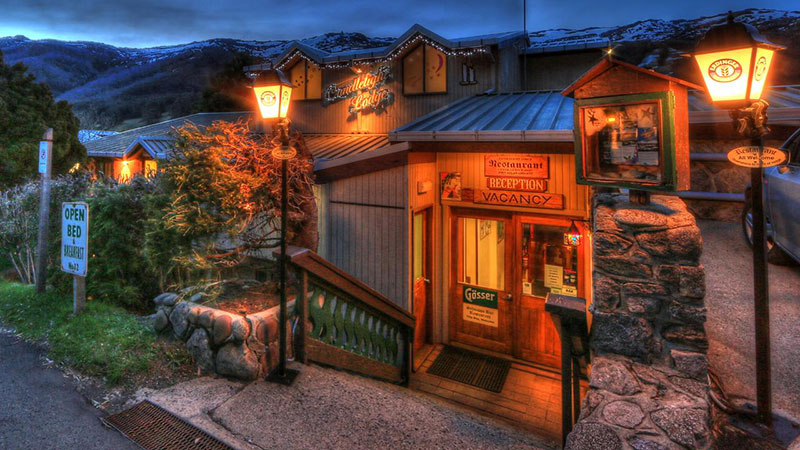 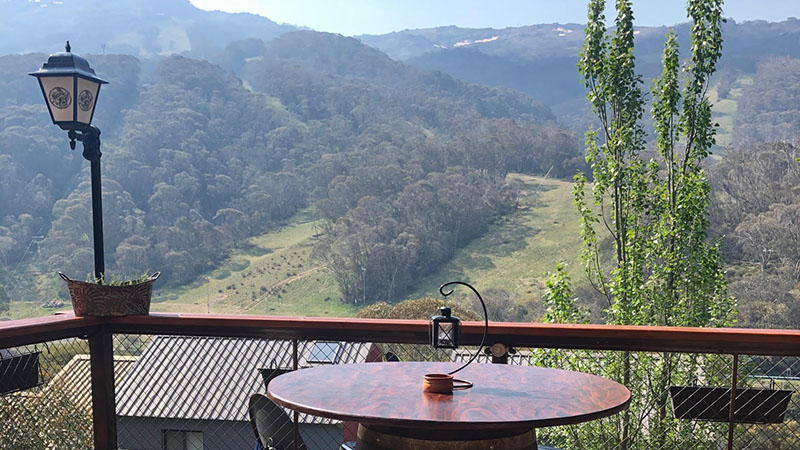 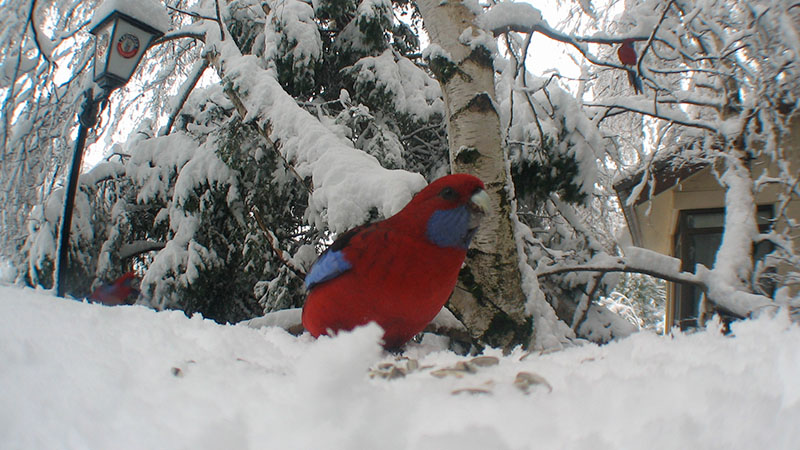 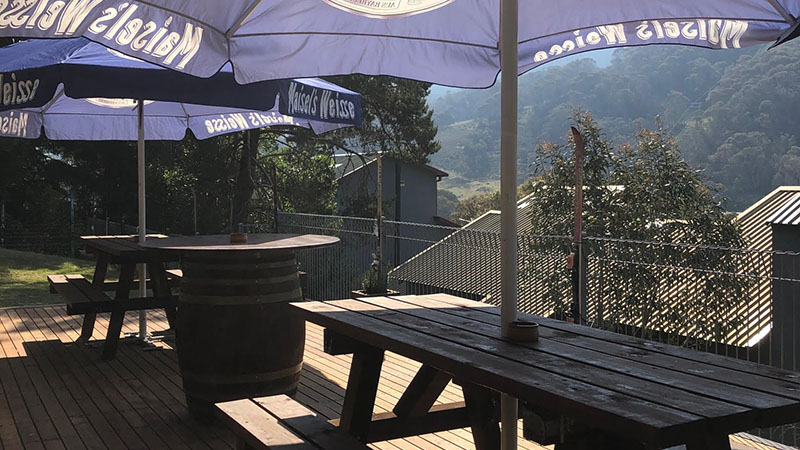 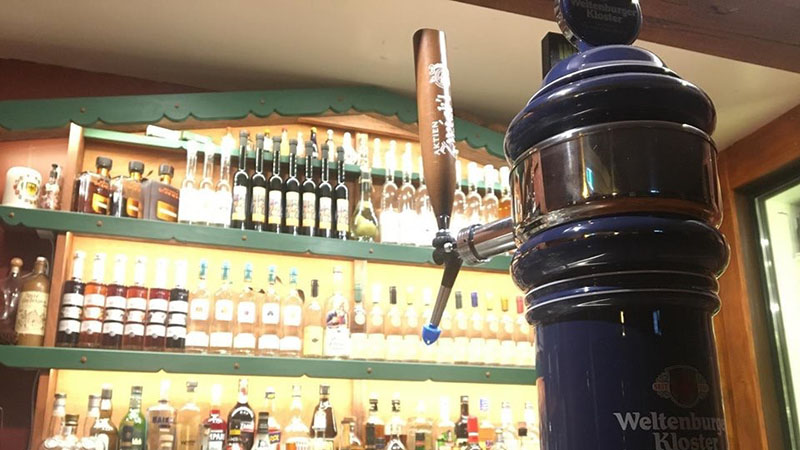 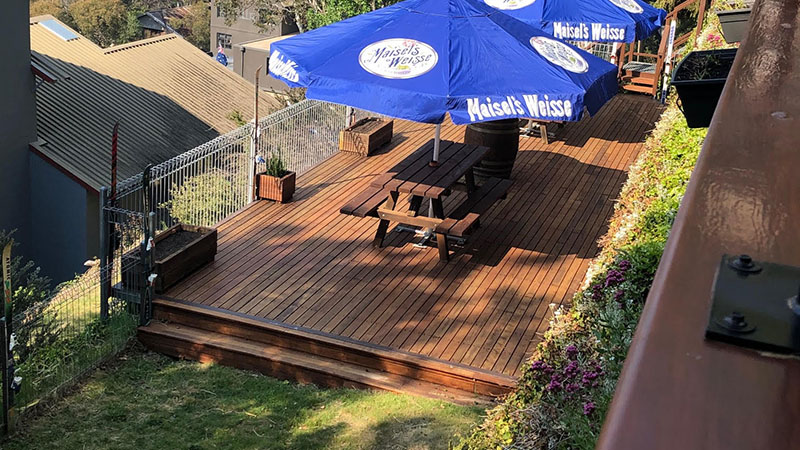 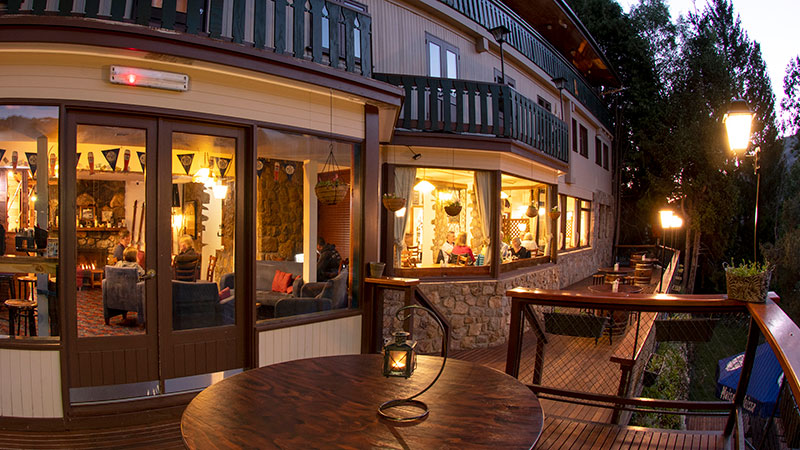 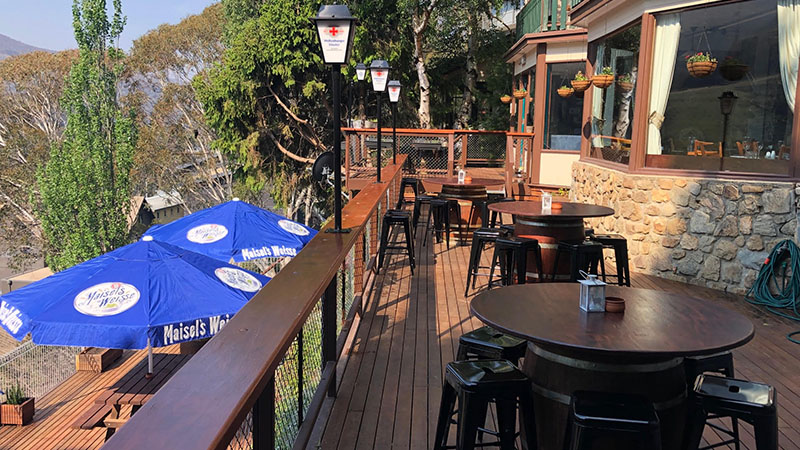 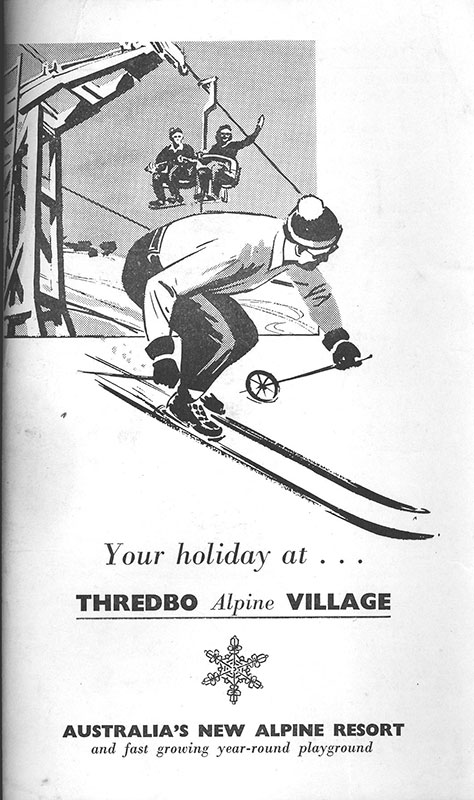 The story of Candlelight Lodge stems back to Suzie and Kornel Deseo immigrating from Hungary in 1950. As a foreigner in Australia, Kornel was unable to practise law but, as an elite skier in Europe, soon discovered the Snowy Mountains where he at times undertook ski instructor work. In winter 1957 with The Lodge and Crackenback Ski Club the only other buildings making up the Thredbo Village, the Deseos “pushed a stick in the ground” (that being the Thredbo office reply as to how to buy land) and resolved to risk their savings to build a commercial lodge in Thredbo.

In the summer of 1957/58, Bela Racsko (also a Hungarian) of Sigma Building erected Stage 1 to a design by Otto Ernegg (an Austrian). Candlelight opened to guests in Easter 1958 making it the first commercial lodge in the village. Racsko later designed and built the substantial Stage 2 extension in 1967. Kornel and Suzie worked tirelessly for 21 years during all the early days of Thredbo to establish Candlelight as a synonym for luxury and making it famous for its gourmet meals.

In 1979 Hubert Engel purchased Candlelight. Hubert was an Austrian post-war immigrant who settled in the Snowy Mountains and made Thredbo his home following several years working on the Snowy Hydro Scheme. Hubert’s vision for the lodge led to many upgrades and renovations at Candlelight. Hubert had been an alpine rally car driver, was also known as a practical joker and prankster and was sometimes criticized for his zany ideas. However, all his intentions were first and foremost for the welfare of both Candlelight’s guests and of the village as a whole.

Hubert also oversaw what was probably Candlelight’s most significant renovation in 1996 brining the lodge up to its current state. Not only did room numbers increase but the added floor area ensured more spaciousness and mountain views for each and every room.

We, John and Megan Leggett, purchased Candlelight Lodge in early 2005 and in doing so took over the custodianship of not only the modern amenities but also the history, Tyrolean charm and all that Candlelight and indeed the Thredbo Village have stood for over the past 60 years. Candlelight Lodge brings together all that is great about this historic and multi-faceted region. It embodies the influence of the European post-war Snowy Hydro immigrants blended with the Australian love of adventure in a stunning High Country setting.

As the third owners of this Thredbo icon, we invite you to enjoy this small but special part of Australian history. 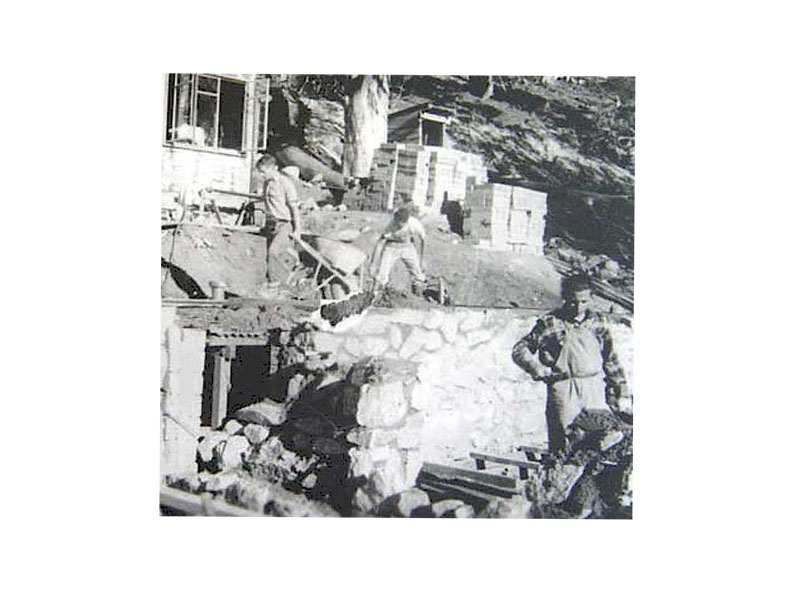 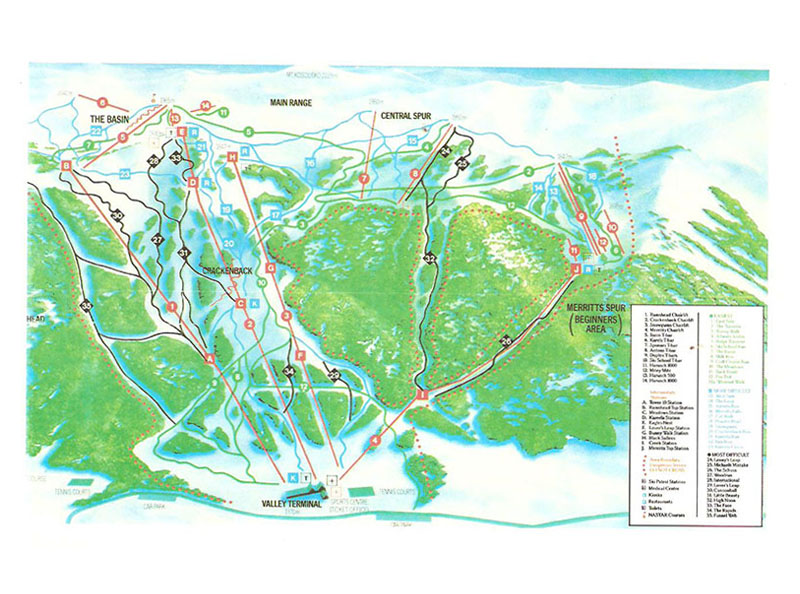 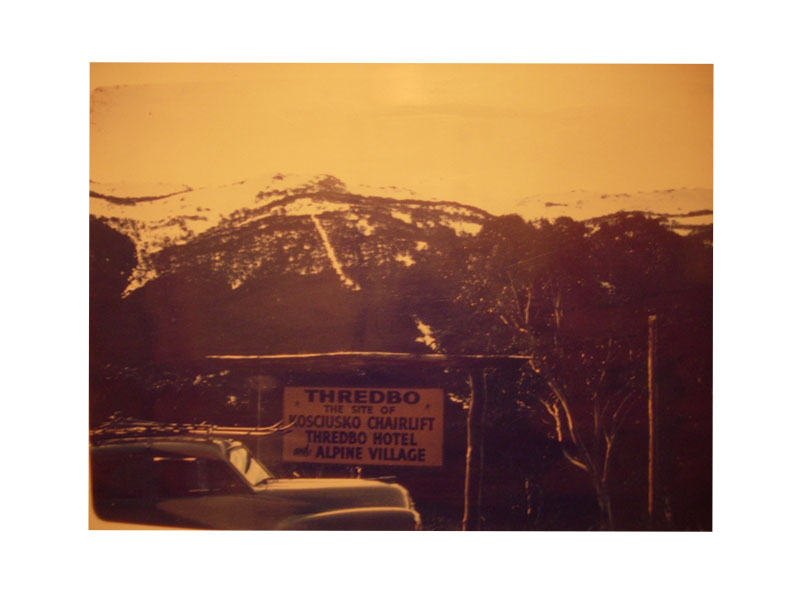 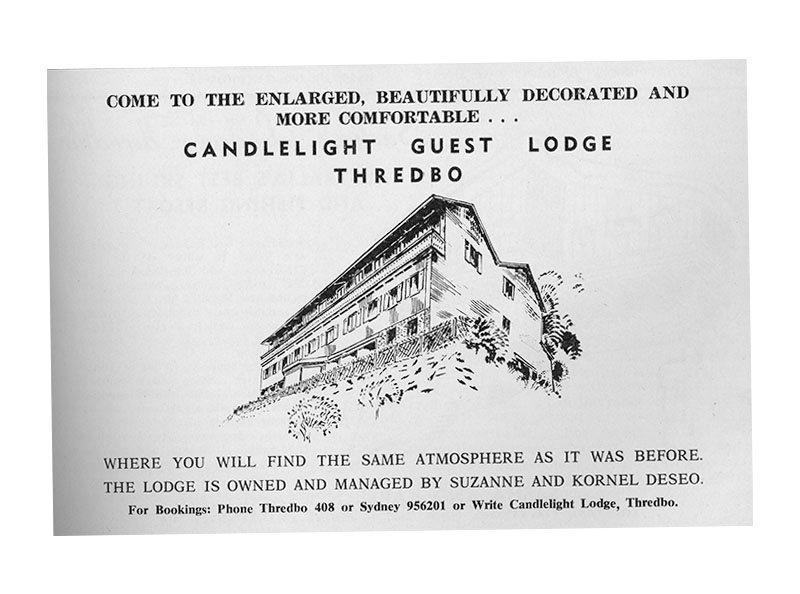 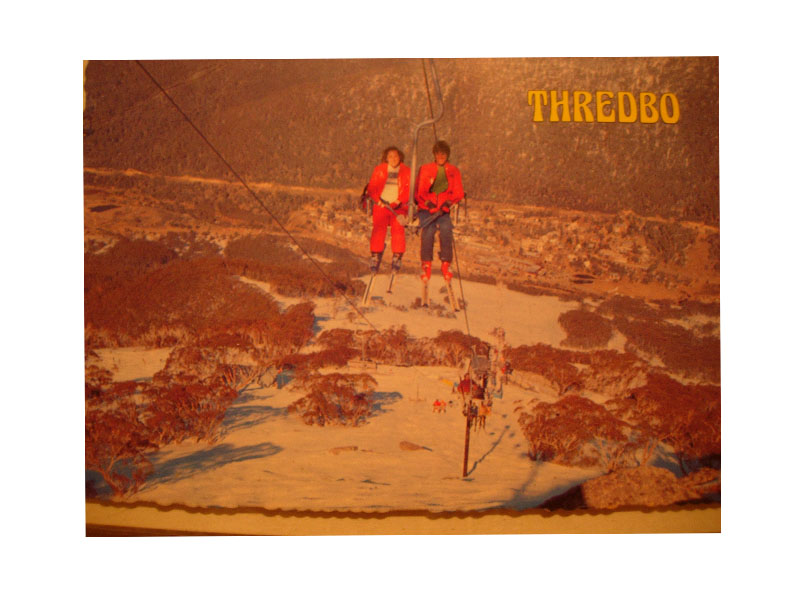 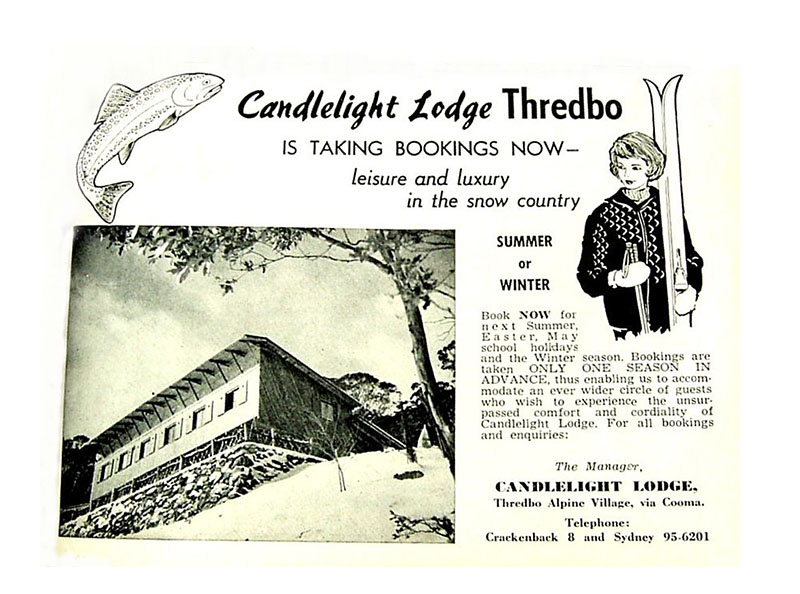 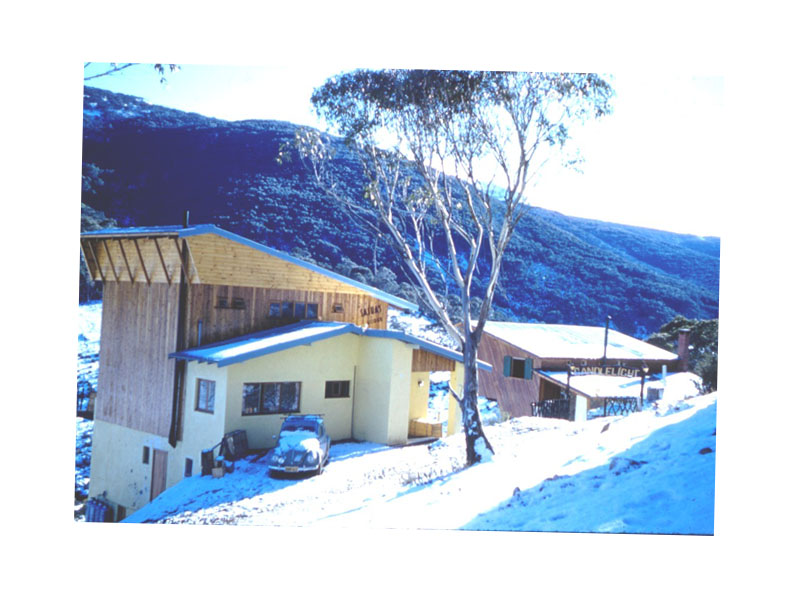 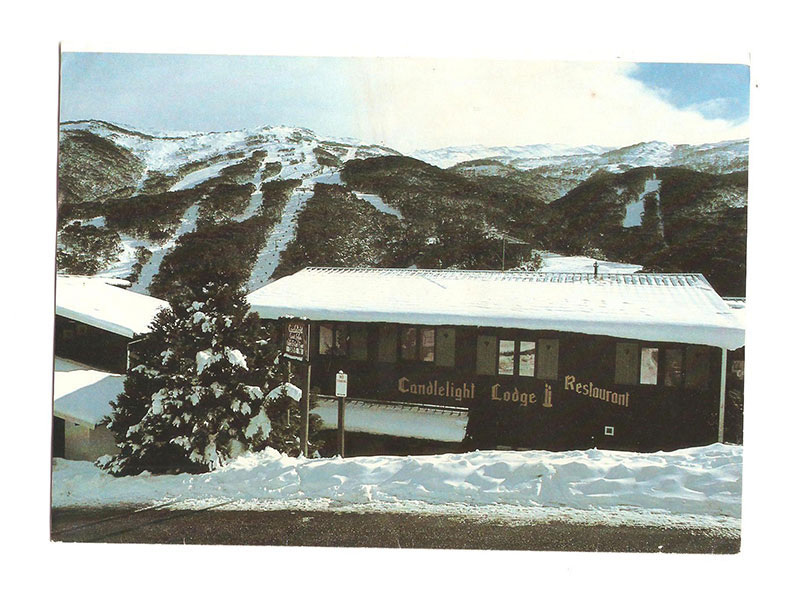 Great stay – would recommend this place

I always book a boutique hotel over any large resort/hotels because I receive much better personal service. This place did not let me down. The couple running this lodge and their staff were very friendly giving lots of local tips to ensure our holiday was a memorable one. Our room was clean and spacious with a great view of the ski slopes. The heating was also excellent over the cold nights.

It’s a gorgeous little character filled accommodation in the stunning Thredbo. The room was cozy, warm and comfortable with these cute windows with a view of the snow. The brekky with a view was a great bonus.

From the first point at check in with Lisa we felt welcome and at home. We were pleasantly surprised for an upgrade which was greatly appreciated. The service and hospitality from all staff was exceptional and the restaurant meal was some of the best tasting food we have had at an establishment. The atmosphere was fabulous, room and facilities clean and comfortable and a memorable short break for hubby and I. It was so good in fact that we booked again on checkout and no doubt we will be back again. Our new fave Snowdaze hang! Thank you to management and staff.

Cosy mountain lodge with best bar and restaurant in Thredbo

Have been going to Thredbo for many years and my only regret is that I didn’t find this place sooner. Awesome bar and waiting staff, very personable owner and a very talented chef. Even if you didn’t want to ski it’s a great winter getaway, the lounge area has panoramic views of the mountain and it exuded European alpine charm with lots of quirky decorations complete with an antique mini gondola on the ceiling in reception. We loved everything.

Dinner out in Thredbo

The oldest hotel in town (around 1958) it’s a clean, quaintest, warm cosy atmosphere with delicious variety on the menu. Great to share the large meals with friends. Huge selection of interesting beers even Chocolate or cappuccino flavored.
Food was exceptional. Wait staff are professional & friendly. Locals love it. Try the Flaming French Steak dish.
Loved the evening.